While attempting to regain Diamond in Flex Queue with a friend, I went 2-14 during the last 3 days of the season. Despite this record, including a grueling 0/9 loss streak on the last day, I maintained my composure and played pretty solid right up until I saw the end. As our nexus exploded in the final game, I received apologies from a team mate, and a compliment from the enemy team. I had played a solid Shen game with 89% KP and countless ult-saves despite some packet loss creeping into my connection — and lost. The salt in the wound is that a few days before the end of the season (before any of the end-of-season losses, actually) I won two games in my promotion series to Diamond in Flex queue, then dodged the remaining three in order to play the last games of the season with my friend who was in Gold 1 in Flex. To say that I would’ve probably won one of those three dodged games would be a disservice to statisticians – but I never ended up getting the end result which I had essentially turned down by dodging those games.1

My Olaf guide never received its last set of maintenance-updates before the season ticked over – I was six matchups short of catching up with the monumental catalogue of changes that were introduced both during preseason, and over the course of the year. I’d updated the items for the remaining six, but hadn’t gotten up to the detailed notes for them.

Additional sections that had been planned for a year or more were never written, and subsequently never added. My video matchups fell woefully behind even my most conservative estimates, and I uploaded literally a single Olaf matchup video for the entire season. Despite all of that, I received a few Discord messages out of the blue just two days ago from someone I’d never talked to before who just so happened to recognise my name on a mutual public server. They for one still seemed to be a big fan of my guide.

“I really think it might be the best guide on lolking”

It seems there’s no fancy end-of-season stat sheet this year2, but I can nonetheless share some of my own highlights from Season 7.

Update: A month after this article was released, Riot did actually put out a year-in-review.

These play rates by position are a vast improvement over Season 6, where my most played was Braum (76 games) due to the matchmaking system’s aggressive desire to put me on my secondary role due to lack of support players.3 For reference, my second most played champion in Season 6 was Maokai with a paltry 28 games. Getting in Olaf games for experience with matchups last year was a big struggle, but much less so this year.

Over the years many of my proudest plays have happened while I wasn’t actively recording, much to my dismay. I actually don’t recall any head-and-shoulders standout plays that I made during Season 7 – I guess I don’t impress myself easily in League. To substitute, here are a couple of clips I have from this season that I enjoyed. I had a couple others starring my duo-flex partner, but he declined to be in the spotlight.4

With runes and masteries being combined and totally overhauled, I have the tall task of not only learning the gist of the new runes like everyone else – but also writing up a comprehensive breakdown of them for readers of my Olaf guide. The way every champion plays out has also changed, given that all those stats and extras you’re used to every game are now mostly gone (although every champion received base stats here and/or there to somewhat make up for that). I haven’t even begun to craft new rune pages on the full set of runes yet, so there’s a lot to do there alone.

Obviously there are those other improvements and additions I wanted to make to the guide, which hopefully I can find time to crunch out sometime next season during a relatively quiet balance period. I’d love to better explain how to actually play Olaf – not just how to build him. There’s also the porting of the guide from LolKing-exclusive to mirrored on at least one other platform, and perhaps Season 8 is the right time to pick that up off the shelf again.

At less than a game per day on average in Solo/Duo this season, I’m hoping to increase that count in the next by improving consistency – something that’s critical for staying current with meta trends and also learning and getting better at the game in general. That’s not a new goal, but could certainly benefit from a refreshed commitment. The better I understand the game, the more I’m able to share with readers like you. 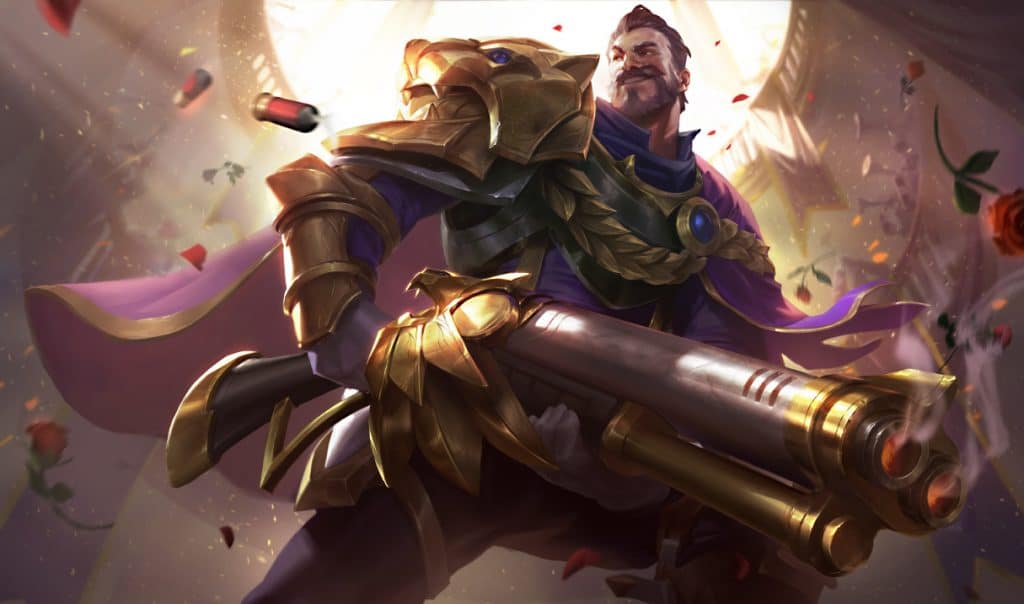 There’s a few more months of crazy preseason madness before the new season commences: lots of new runes to try out, new power curves to learn, and champions new and old in the same and differing roles. Have some fun while everything’s fresh and I’ll catch you guys in Season 8 <3