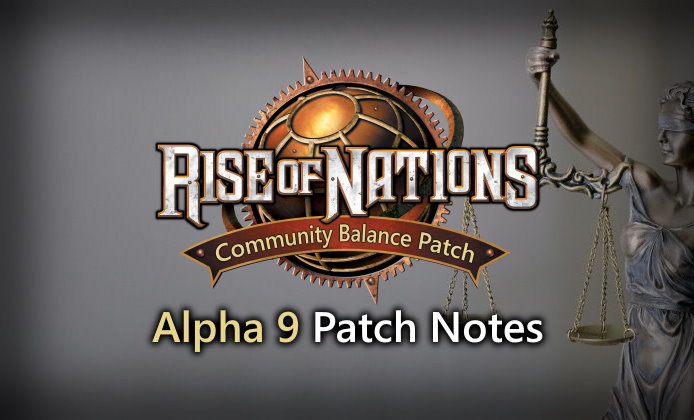 This is a small bugfix patch, basically “Alpha 8c”. However, because these changes are not multiplayer-compatible with Alpha 8, they’re being released as Alpha 9.

As a reminder, if you just want a summary of the important stuff you can check the patch notes in the launcher or on Steam.

For users: this will change nothing about how you use CBP, CBP Launcher, or any first or third party plugins.

For developers: I’ve provided some more information about this change at the bottom of this post.

Changes which affect multiplayer gameplay balance are marked with (!)

I’ve written some technical documentation on the various city graphical fixes mentioned above so that the exact nature of the changes is publicly available.

As a precursor, MPL 2.0 is a weak copyleft license, whereas GPLv3 is a strong (and “viral”) copyleft license (although without SaaS provisions, i.e. AGPLv3). EUPL is largely similar to a slightly weaker and non-viral AGPLv3.

If you’re not familiar with what this means, TLDRLegal’s page on the MPL is one of many places to get a decent overview of some licensing terms. Note that their page for the EUPL is both outdated and slightly under-explained, so I don’t recommend using it for that license.

Summary of important differences of MPL vs EUPL (NOT LEGAL ADVICE):

Summary of less-important differences of MPL vs EUPL (NOT LEGAL ADVICE):

CBP REP’s license was switched over to the EUPL to reduce the number of licenses used in the larger CBP development environment i.e just the MPL and EUPL instead of also having to worry about the GPL/AGPL. GPL was picked out specifically for the goal of protecting the more-modular CBP REP from what one might describe as “abuse by freeloaders” which the weaker MPL may not have been sufficient for. EUPL’s copyleft provisions are weaker than the GPL’s, but they’re stronger than the MPL’s and remain subjectively adequate for the aforementioned goal.

(And just to be clear, the license change has nothing to do with the current political situation — I worked on it a couple of weeks ago, which is how I’m able to summarise legalese with adequate proficiency)

Further resources re: the license change:

Quick extra notes for potential future contributors: for CBP localisation, I suggest prioritising the six languages of the United nations, which are:

With the additional note that there are an unusually high number of Latin American players, so Portuguese may be worth adding to the list.

Arabic may also present some challenges because of how unique it is (not to mention it’s not natively supported by RoN itself, and I’m not really sure what Arabic-speaking players are doing to work around that).

After those are done, the remaining “supported” languages for CBP can be done, which are German, Italian, Japanese, and Korean.

Currently CBP Launcher and CBP Setup GUI’s exes are not signed in any way. This isn’t too big of a deal, but having less security warnings / popups would be preferable to smooth out the user experience (and make a few people less scared on first-time-install).

However it’s also worth noting that code signing has been of increasingly reduced value over time, and you really need an EV cert to get a good level of “trust” on your distributed executables these days (but they’re fucking expensive if you’re not a corporation). Still, it might be worth at least checking out the SignPath code-signing option if you want incrementally better “trust” on CBP exes.