This question was originally posted on the RoN subreddit, and this article has been adapted from my reply. 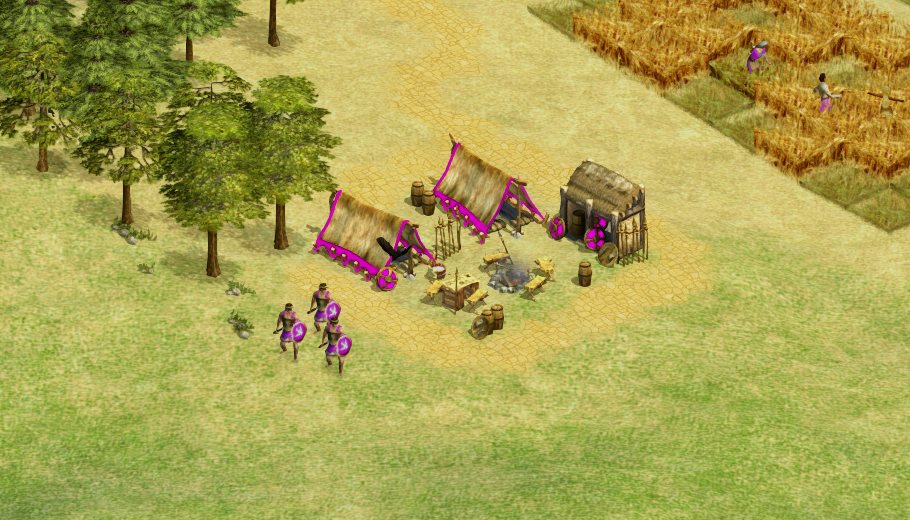 There’s two things that this question could be tackling, either rushing, or general unit production. For the purpose of my answer I’m assuming the latter.

In that case, there’s 3 bottlenecks:

With regards to 1), this is firstly addressed by not researching unit upgrades too often; Military (Red) research at the Library reduces the production time of troops from *previous* ages by 5% per level of research you’re ahead. In a completely greedy strategy (which is often not a good idea to do in a real game, but is still worth mentioning), you could be sitting on Slingers for your Barracks unit, pump some out quickly when you’re attacked, and then upgrade them so that they have guns before you actually put them into combat. More realistically, you can choose to only upgrade your troops every 2-3 ages to increase unit production speed slightly (and also save the cost of those extra unit upgrades).

There are other ways to speed up production time as well, the most broadly applicable of which is to keep The President (the Patriot for Democracy) nearby unit-producing structures, as he doubles unit production speed in his radius.

Some nations also have bonuses to production time of military units, whether as a category-wide bonus (e.g. the Japanese produce infantry faster based on Age and Military tech levels), or for one of their nation’s unique units (e.g. the German Solduri and its upgrades, which are their unique heavy infantry).

2) is easy enough to solve: just build additional production buildings. If you usually only have 1 barracks and 1 stable, try going with 2 of each (or more than that if you want even faster unit production)1 – just make sure you have the economy to support multiple units being built in parallel, otherwise the actual boost to production speed will be minimal since you’ll be waiting on resources: other than the most obvious upfront cost of actually building additional structures, the biggest reason it’s not worth just building heaps of unit-producing structures is 3) not enough resource production.

3) is also straightforward to solve though: improve your economy. More farms, more good-density woodcutter’s camps, more good-density mines, more caravan routes and so on (but if you’re short on trees / mountains, obviously you’ll need to work with what you have in regards to density). When you have a handful of citizens working on a particular resource at the same city (e.g. 5 farms), add the corresponding “amplification” building (i.e. Granary) and research the tech there to further boost resource production.

One Reply to “So Like, How Do You Build an Army Fast?”