In years past I was part of Remyrhe Gaming, an organisation that used to run some pretty swell tournaments for League of Legends and Hearthstone. Unfortunately RG shuttered in 20161 not long after its crowning achievement in the OCC/OUC, the largest student-focused League of Legends tournament ever run in Oceania (we held the grand final in Riot’s OPL studio!). At some point I’ll dig up the overlays and stuff I made for that and publish them here for posterity.

Newer and less popular — but nonetheless ever-growing — was our creatively named Hearthstone Cup, which our partner Logitech graciously also sponsored following our success with the OCC/OUC (hence the branding elements!). I was tasked with finding or making some stream overlays for our broadcaster(s) to use, and being dissatisfied with the overlays I was finding online, I whipped together my own.

The score (0 : 0) and player names are filled in here for example purposes (using 30pt Montserrat, a font which I included when distributing the overlay), but would obviously be changed by the broadcaster during the stream.

Although not included in the original release of the overlay, I’ve gone to the trouble of adding a light fade to the edge between the game and overlay on the sides to smooth the transition and add a light shadowing effect. You probably wouldn’t notice too much difference once everything becomes stream-quality though.

My favorite part about this overlay is actually not present on the in-game screen. Since Logitech was sponsoring the tournament I decided to be a little creative with how I incorporated some of their branding, which also fit in nicely with making the between-games overlay more visually interesting.

The legendary in the bottom right of the screen is actually an animated loop of a number of different golden legendaries (which makes the screen visually interesting instead of super boring), but the novel part is that I added a Logitech G430 and G910 into the mix, albeit without animation. 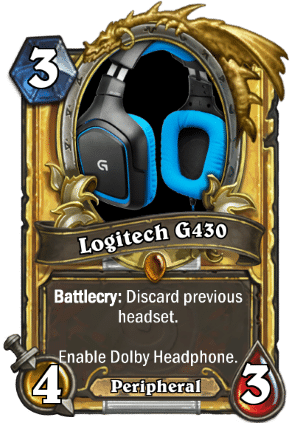 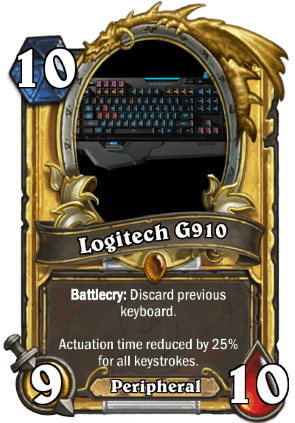 Once again I’ve added some extra shadowing here that wasn’t in the original release of the overlay for a little extra visual polish.

There’s also the post-stream screen, but that’s just a recycle of the between-game screen except without the scores and stuff present. In hindsight it would’ve been a good idea to add some social media links or something onto the screen, but I think at the time we were just getting the casters to mention those after the games ended and we would stick them into chat.

All of these overlays are for 1920×1080 aka Full HD. Our broadcaster for was unfortunately not able to quite align these (and I never figured out why despite some back-and-forth), but they should slot in nicely for anyone using the same res.

I’m releasing these PNG copies of these files over on Patreon on the off chance you’re a patron and want to play around with them. If you’re interested in using these overlays for your own tournament (without the RG and Logitech branding, I assume), feel free to hit me up and we can talk price! If you’re a small org like RG or something similar was I’m happy to do pretty cheap <3

Finally, here’s a video run-through of everything so that you can see the Legendaries in play with their animation. I’m honestly still surprised at other overlays being used (or at least published) online, as the RG/Logitech overlays I made are still fairly basic but way better than most in my opinion – and I’m pretty proud of that ^_^.